The Vault platform now proven and available on all infrastructure options 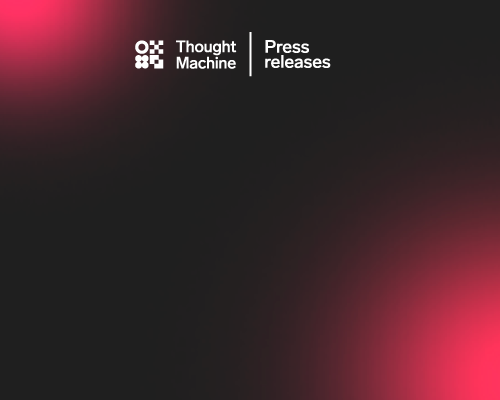 Thought Machine, the cloud native core banking technology firm, has today announced that its core banking platform Vault Core now runs on every major cloud infrastructure provider including Google Cloud Platform, Amazon Web Services, Microsoft Azure and IBM Cloud. In addition, Vault can be deployed on either the bank’s choice of cloud provider, on premise, in a hybrid cloud using Red Hat OpenShift, or as a SaaS product.

Thought Machine’s expanded compatibility enables banks to migrate with the freedom to pick the cloud infrastructure partner of their choice - while adhering to any regulatory and legal requirements they might have in place.

As a cloud agnostic business, Thought Machine continues to expand its list of compatible cloud providers. Vault Core initially rolled out on GCP and AWS before progressing to run on the four leading cloud hosting providers, enabling far greater flexibility than peers in core banking and financial services technology.

The new SaaS offering brings further flexibility for banks wishing to operate an instance of Vault Core for their institution without the overhead of software management and updates. This Thought Machine-managed service is now available on AWS, with further provider compatibility planned for 2020.

Vault Core works with financial institutions and technology companies across the spectrum - from tier one global banks, to smaller regional banks, greenfield offerings as well as fintech players who offer banking capabilities to their customers. All of these firms can now deploy Vault Core in the way that is most suitable for their needs.

Paul Taylor, Chief Executive Officer and Founder of Thought Machine, comments: “At Thought Machine, the benefits of being cloud agnostic are crystal clear. Banks, fintechs and financial institutions have differing needs, and different relationships with the cloud. We don’t want to influence those choices, or those relationships, and are proud to announce we can deliver Vault Core wherever, and whenever, a business needs. By delivering Vault Core as a Software-as-a-service product, banks no longer need to concern themselves with the implementation, regulatory and logistical obligations of bringing software in-house. Vault Core SaaS is now available with the same high level of security and resilience as our deployed version, without the infrastructural management overheads.”