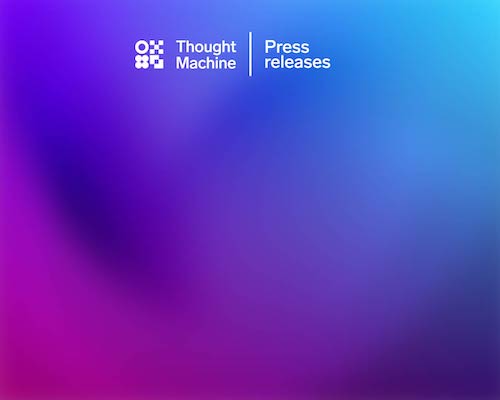 "Thought Machine has been helping us modernize the core banking technology that powers a variety of products and services used by the more than 66 million households we serve across the United States," said Gill Haus, Chief Information Officer for Consumer & Community Banking at JPMorgan Chase. “We are thankful for their support and look forward to continuing to innovate as we migrate to their cloud-native core banking platform at scale.”

Companies inducted into JPMorgan Chase’s Hall of Innovation have demonstrated the highest levels of product excellence and a proven ability to innovate in the financial services sector – with only a small number of companies selected each year.

"To enter JPMorgan Chase’s Hall of Innovation is a testament to our work and shows the importance of modern core technology for Tier 1 financial institutions. This is an important milestone for us, and we look forward to continued work with JPMorgan Chase as it transitions to our cloud-native core technology," says Paul Taylor, founder and CEO of Thought Machine.